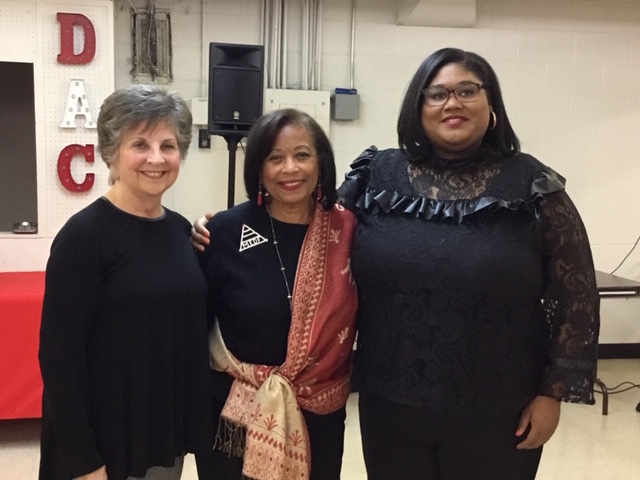 The need to help Detroiters does not stop with college scholarships. Since 1992, Minerva Education and Development Foundation (MEDF) granted over one million in scholarships. Each year MEDF grants a minimum of $25,000 to college students and non-profit organizations within metropolitan Detroit.

MEDF also grants funds to non-profit organizations that provide a variety of services such as after school tutoring, financial support for cancer patients and programs to help youth improve their technology skills to name a few. This past year MEDF granted $13,000 in scholarships and $11,000 to nine (9) non-profit organizations. Recipients are traditional students, career-changing adults, and domestic violence survivors enrolled in both junior and four-year colleges.

The support of MEDF is pivotal to the work being done at the grassroots level. Specifically, the Detroit Phoenix Center and the Freedom House Detroit are tackling teenage homelessness and immigration, which are issues that resonate throughout the country.

Detroit Phoenix Center, established in 2017, is an asset based drop-in shelter for teenagers experiencing homelessness 13-24 years of age. The founder, Ms. Courtney Smith, was adopted at a young age, however by age of 16 she was homeless due to a failed adoption. She states, “My sophomore year was a gap year. I had to figure out how to survive. Senior year I went to the Alternatives for Girls.”

Despite her struggles, Ms. Smith graduated from college and was fortunate to participate in the Millennial Trains Project. Courtney was one of 25 emerging leaders selected to solve a crisis in their community. She testifies, “I visited major cities across the country and observed that youth homelessness was a major problem. I talked with young people experiencing homelessness and executive directors to learn best practices.”

Courtney discovered that asset based drop-in centers were effective to address the needs of young people who are homeless. This model was not being used in Detroit. Her idea to create a drop-in shelter was selected to receive funding and in 2017 she started the drop in shelter in the wing of an existing community building. She declares, “Detroit Phoenix Center provides a washer and dryer, showers, lounge area, day beds and a computer lab.” Youth have access to a food pantry, clothes closet and educational services.

According to Courtney, the winter months are the hardest for youth facing housing insecurity. Many are denied access to hotels rooms and cannot use the hotel vouchers that the center provides. Most youth do not have a place to go at night. Courtney proclaims, “The funds from MEDF allowed us to provide temporary housing for 17 teenagers during the recent polar vortex.” The funds also provided the youth with sleeping bags, food and transportation assistance.

In January of 2019, Detroit Phoenix Center opened a transitional housing project to help the young people break the cycle of homelessness. Courtney points out, “We will funnel young people from our drop-in center into the transitional housing project.” The Detroit Phoenix Center wants to break the cycle of homelessness for youth in Detroit.

Another MEDF grantee, Freedom House Detroit, is the only shelter of its kind in the United States that offers comprehensive services to asylum seekers. Cheryl Willette, a longtime volunteer informs us that, “Freedom House was a secret because governments are looking for people. Today it is well known in Sub Saharan Africa. Three different generations from one family have utilized the services of Freedom House.”

Freedom House Detroit offers free legal services to immigrants with a visa who are seeking asylum. Cheryl asserts, “They are not undocumented. They are in the country legally with a visa. Once they are here, they file paperwork to seek asylum from political persecution.” Freedom House Detroit was formally established in the years from 1990-1995. The organization was birthed out of the need to help refugees from El Salvador in the 1980s. There was no formal network for asylum seekers and people fleeing political persecution.

According to their website, the Detroit/Windsor Refugee Coalition started in 1983 as a network of churches, professionals, volunteers and service providers that provided resources to people fleeing the civil war in El Salvador in the 1980s. Over 30 years later the organization has grown and today offers a variety of services to individuals, such as English as a second language, medical and mental health services, shelter and food, clothing, job readiness training, family reunification and transportation services.

Cheryl Willette, a retiree, worked as the curriculum director for Garden City Public Schools. She read an article about Freedom House in Hour magazine and was drawn to volunteer with the organization. Cheryl remarks, “I was always curious about people from other countries and their cultures. Social Justice resonates with me.” Many of the residents are students and professionals such as lawyers, teachers, entrepreneurs, engineers and designers. Currently there are 36 residents from Sub Saharan Africa who originate from countries such as, Uganda, Ghana and Zimbabwe.

Ms. Willette asserts, “People are lost when they first arrive. Once they know they can stay and are safe, then they are back smiling after escaping from persecution and violence a few days earlier. They want to get their education and find out how to be successful.” One young lawyer is working as a nursing assistant in order to get money to attend college. She wants to go to law school in the U.S.

Funds from MEDF are used to evaluate the transcripts of college students, pay for transportation to English classes, pay for medical testing, and buy uniforms for residents who volunteer. Ms. Willette helps residents find volunteer opportunities so that they can learn how to work in an American company. They learn how to work with Americans and get experience, so they can be successful.

Cheryl declares, “Although we are from different cultures, people say we are different, but we have so much in common.” An east African refugee was separated from his wife and twin daughters for years. The family was reunited in Detroit and granted asylum in 2017. The couple, former residents of Freedom House Detroit, won the 2018 Hatch Detroit contest and will open an east African restaurant in the New Center area of Detroit. Freedom House Detroit is crucial to transforming the lives of refugees who dream of freedom without fear.